We all feel like bad parents from time to time. We let something slide that we shouldn’t have, we lose our cool and yell, we forget something important – or maybe that’s just me. Now it’s even worse because we get to measure ourselves against the perfection we see on Facebook and Instagram every day.

Mom-shaming has become a very real thing, and it’s disgusting. I don’t understand where the holier-than-thou attitude comes from because we all live in glass houses. Besides, most of us do not need anyone to point out our short-comings. We do plenty of that ourselves.

It’s bad when you make a mistake. It’s worse when you make a mistake in public. But what about when you have no control? If our laundry room is a disaster, we don’t post a picture on Instagram. If we forgot to send in a snack for the third day in a row, we just conveniently leave that off of Facebook. But when you have a kid with autism, you don’t always have the luxury of keeping the uglier parts out of the public eye. 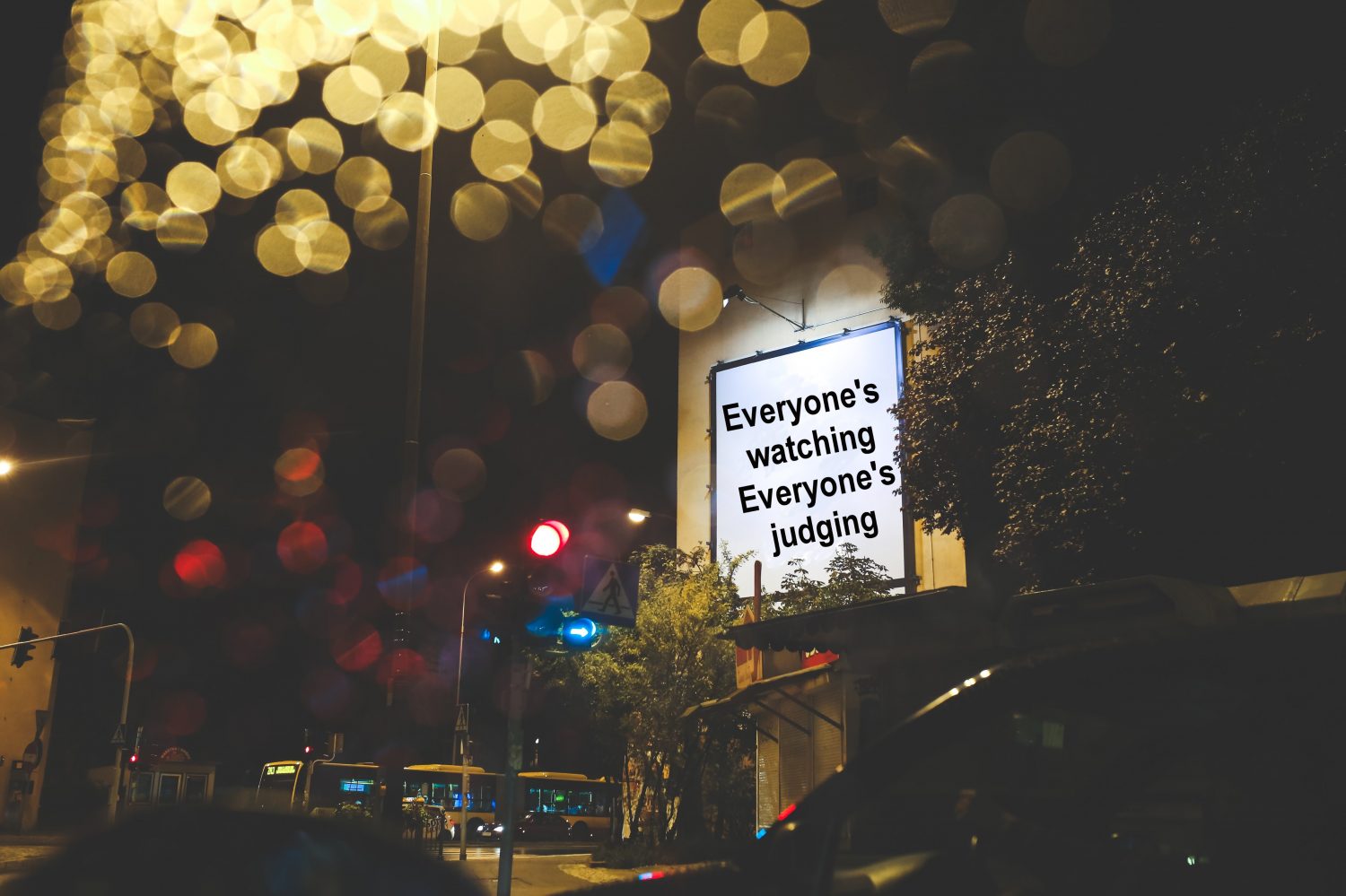 Yoshi is tricky to anticipate. Like most kids on the spectrum, he needs a strict routine because life is all about expectations. As long as his life is going along according to his projection, he is okay. It’s when there is any kind of deviation that we have a problem. I just don’t know exactly what his expectations are – not always.

Those unpredicted moments usually result in a tantrum. If you haven’t experienced a ten-year-old’s meltdown, count yourself lucky. These aren’t like tantrums thrown by toddlers, who are rarely strong enough to throw furniture around or break free when you are restraining them.

The other, possibly most painful, difference between toddler and autistic big kid tantrums is people’s reaction. People expect toddlers to meltdown. They don’t expect a 4’7” boy to lose his mind in the middle of the grocery store or Chick Fil A. Or, apparently, even at the children’s hospital where they are used to seeing kids with all kinds of issues.

Around Christmas we took a basket full of goodies to the hospital. It was supposed to be a special outing for just me and Yoshi. I explained over and over – while we were buying the treats, putting together the basket, having lunch, driving to the hospital – we were not going to be able to visit with any of the children. I told him about outside germs and how unsafe it was.

While we parked the car and made the long (all too familiar) trek into the ward, I repeated that we would be leaving the basket without visiting anyone. All my effort was not enough. Because he was at a hospital. He expected to see the patients.

I should have known better.

It was not as bad as it could have been. On a scale of one to ten for Yoshi tantrums, I would only rate this one a three, maybe four. But it was embarrassing. I had to fill out paperwork to leave the “donation” at security while he threw himself into the locked, glass doors repeatedly, crying and screaming that he wanted to visit the sick kids. (He has a thing for glass. And doors.)

The eyes of the security guards, the nurse, and the social worker were bearing down on us and no one spoke. I tried to comfort Yoshi from my place at the counter as I wrote, but he was far past the point of reason. If anyone even said, “Thank you,” it wasn’t loud enough for me to hear it.

I should have known better. I set us up for failure. The entire day was a bad idea. Why did I feel the need to repeatedly tell him that we wouldn’t be visiting? Because I did know better. I knew that he would want to visit. I was trying to manipulate his expectations. In ten years, you would think I’ve learned nothing. 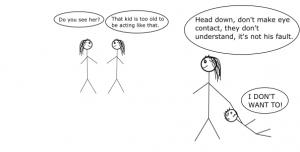 It’s hard. People don’t understand. I was embarrassed. They see a big kid acting like that and they assume that he is just misbehaving and I am not doing anything about it. I am a bad mom.

I actually had someone at church tell me that.

We couldn’t put Yoshi in Sunday school this year because the teacher had told me that he just needed “a firmer hand” to “get in line.” I knew that she would not be able to handle him. You can “firmer hand” him all day long, lady. It isn’t going to make a difference. It won’t change his behavior and everyone just gets upset.

I didn’t expect my reaction to what she said. That was the first time anyone had the audacity to say it to my face. I knew people were thinking it, I knew people were saying it behind my back. I was self-conscious and I was waiting for the day that someone would say something to me. I thought it would hurt. Or maybe I would get angry. But I just shrugged it off as ignorance.

I will admit that I should never have put him in that situation at the hospital. I could have avoided that tantrum, even if I couldn’t have prevented it (I know, I tried.) But I don’t want Yoshi to have to miss out on living completely because he can’t always control his emotions. That is how I talk myself into those situations that the smarter part of my brain knows we shouldn’t be in: I want him to be a part of the world, even when it judges us so harshly.

I would love to hear about how you deal with the public displays of conniption. Has anyone ever said anything to you?