Food allergies don’t normally count as special needs. I understand this. But Yoshi was an especially tricky customer so I always lump this part of our lives in the with the rest. And even though we knew that it all started as allergies, even though we fought like mad to fit it all into that pigeon hole as we went along, by the end we knew that it wasn’t food allergies anymore.

The day I found out that Yoshi was allergic to breastmilk was somewhat vindicating. Heartbreaking—yes, confusing—yes, scary—all those things, but it was also a relief to have an answer that wasn’t, “You’re overreacting.” Because I wasn’t. There was blood in his diapers and that was worth noticing. 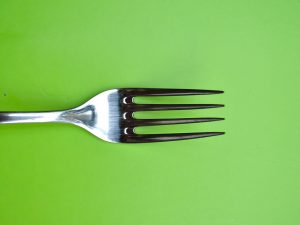 He cried. A lot. I tried to be okay with that. Some babies cry. He pooped. A lot. That one was strange. There was always poop in his diaper. When I changed his diaper (I know it’s gross) there was poop coming out. Most notably, it was bloody.

I didn’t want to be that mom, but—come on—his diaper was full of blood. I took him to the doctor a lot. It wasn’t until we saw our original pediatrician (we had been seeing her partner) because he had developed eczema, that a doctor finally took me seriously.

It wasn’t breastmilk, exactly, that he was allergic to, it was protein. All of it. I had never heard of that. I didn’t understand how that was possible. Human bodies require protein to grow muscles, right? I learned that in health class.

Our pediatrician taught me that lots of babies have protein sensitivities. We call it colic. Usually it’s a sensitivity (or maybe even a full-blown allergy) to the protein in cow’s milk. Breastfeeding moms can cut dairy from their diets or switch to a dairy free formula.

With an allergy like Yoshi’s, the body can’t break any proteins into amino acids, which is what we actually need and use. Thankfully they sell special formula for babies with protein allergies. It’s expensive and disgusting, but worth it.

Suddenly Yoshi wasn’t crying. He was the happiest baby on the planet. We said it was because he knew pain so he had a real reason to be happy. He pooped like a normal baby. For a few glorious months, we lived like normal people.

For a few glorious months, we lived like normal people.

We rationalized his developmental delays (he rolled late, crawled late, etc.) He was bleeding for the first three months of his life—it was going to take some time for him to catch up. Everything was peachy.

We gave him some extra time before we tried any solids. We obviously knew that he was predisposed to allergies. When it was clear that getting by on formula was not enough (baby was hungry!) we started with rice cereal, like the rest of the free world.

He did fine! (I thought you said he was allergic to everything, Becka. Stay with me.) I say fine. He had some oral motor control issues that made eating solids difficult, but that’s something else entirely. He wasn’t allergic. Let’s focus on that for the moment.

After a bit we decided to try some fruits and vegetables. I don’t remember what we started with first. Maybe carrots? It took less than twelve hours for a rash to cover his whole body. That was out.

We waited a week before trying something else. Apples maybe? It took the same amount of time for the rash to appear, it just spread faster. That was out.

We gave it another week and tried something else. Sweet potatoes maybe? I think the rash started on his face this time and didn’t even wait for us to finish feeding him. That was out.

This time we waited two weeks before we tried something else. Pears maybe? Same as before, we couldn’t even get it all in before the rash started. That was out. He got cranky, which was out of character for him, and we realized that he had been a little out of sorts each time we had tried a new food.

I remember that we were visiting my aunt’s house. That was how we justified the crankiness when it didn’t subside: we weren’t home, his routine was interrupted. We couldn’t explain why the rash hung around.

When we got home I made an appointment to see the doctor. It had been a week since he had eaten the offending food, and the symptoms weren’t going away. She looked him over and then told me something that made me want to vomit.

“I think he’s developed an allergy to the rice.”

That couldn’t be right. He had been eating the rice for almost two months. Besides… If he was allergic to rice that meant he was allergic to everything he had put in his mouth that wasn’t broken down to its most basic molecular form. Everything. Did she understand that?

She assured me that it is common for people to develop allergies over time. In his case, his immune system was in hyper drive. If we kept going it would react to anything he ate and he really would be allergic to everything. We needed to take a break from solids.

I went home and wept. How could a person survive if they couldn’t eat? Instead of sleeping, I laid in bed at night and worried about his future. His doctor didn’t seem that concerned, but I had convinced myself that he was going to have to spend the rest of his life exclusively drinking formula for nourishment.

It was a hard month. I’m sure an eternity passed. When we started trying foods again, his immune system let him eat. (If you are going through this, you just have to give their bodies more time to mature. Hang in there.) Feeding him was not an easy task because he was allergic to some of the most basic ingredients in baby foods: rice, apples, carrots—they’re in just about everything.

Our lives certainly didn’t get easier because he could eat. My fear shifted to frustration. Feeding food allergies is difficult. The key was that frustration could be managed. These problems could be touched and fixed. It might have been hard to find foods that he could eat, but it was possible. I no longer felt helpless.

I have found that the easiest way to feel better when you are feeling overwhelmed is to do something. Anything. Have to drive to five different grocery stores until you find one that carries oats that are not cut with wheat? It passes an afternoon and makes you feel productive. When you are busy tackling the issues, you don’t have time to fret over them.

My husband is laughing right now. I make time to fret. There is just less available time when I have filled my day being proactive. The worst is when there is nothing that you can do except sit and wait. I am terrible during those times. I have no advice to offer. Maybe take up knitting?