We ran into each other at swim lessons. I hadn’t seen her in a while, maybe a couple of years. We used to be quite close, but life gets in the way sometimes and people drift apart. We had a lot to catch up on. Her youngest, her son, was just diagnosed with autism and she was feeling overwhelmed. She knew I had been there and I knew.

I did know. I felt comfortable consoling her because, in that moment, I felt like I had everything figured out. The whole thing was old hat. That’s not to say we didn’t still have hard days or there weren’t struggles, but they felt easier because we were used to them. I thought I had it figured it out.

This was when the voice-over in my life said, “Oh, how very wrong she was.” 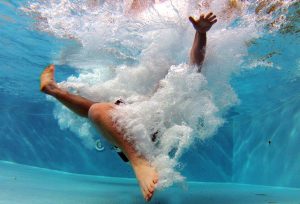 Our story is long and complicated, like so many others. Parenting a child with special needs is a rocky journey. While it’s something all families with a special child can understand and connect over, every family’s experience is still unique. I’d like to tell you about ours. It’s an uphill battle – and I don’t think I’ll ever reach the top. I thought the hill was at least leveling out, but no.

I’ll give you a short introduction (if such a thing exists). I am a mom of two wonderful boys. I started writing several years ago during a health crisis that had me bed-bound for months. I had nothing else to do. I published my first novel that year. I’ve written two more but they’re still hanging out in my basement; hopefully at some point I’ll get them out. I work outside of the house, job sharing the role of office manager at a concrete construction company. I have an amazing husband. He is an engineer who, though working full time outside of the house, has never put the responsibility of household chores on me, even when I didn’t work outside of the house. My oldest son is a gifted, newly minted teenager – which is a whole new world of parenting that I’m still trying to figure out.

For anonymity’s sake I will call my youngest son Yoshi (he picked the name). We discovered a GI bleed when he was three months old that was originally caused by a protein allergy but never went away. After years of searching for the source it was officially diagnosed as an “undiagnosed GI bleed”. As a baby he was allergic to everything – literally every food that went into his mouth. He has fine, gross, and oral motor control impairments (to this day). With Yoshi, it seemed like if it could be wrong – it was.

By the time he was diagnosed with autism at age four, it was just the icing on the cake. He’s considered high functioning. For years doctors focused on different pieces of his ASD, trying to diagnose him with other things, such as ADHD or OCD. He is ten years old now and in the gifted program while receiving special education services. It’s hard when there are different disabilities at play. Often people cannot see past the autism label. They forget that he is in pain or physically cannot button his pants, no matter how much you want him to.

Why start a blog, Becka? Why now? After our chats at swimming, Molly would go on to do great things with her struggles. She is doing amazing things with what God has given her: both the hardships and her strength. Eight years behind me in her journey and she is helping me. Molly is the founder of Project: Just Like You, helping thousands of people living with special needs. She has been very encouraging, not just as I start this blog (though that is definitely true) but as I face new struggles with Yoshi.

When he was a baby and allergic to everything I Googled: my baby is allergic to everything. It turned up nothing. I couldn’t believe that I was alone, but I couldn’t find anyone else struggling with this on the internet. That was ten years ago and the internet wasn’t quite as prolific as it is now, but I was still shocked. I tried to start my own blog then. Now I have so much more to share. I don’t want anyone to ever feel as alone as I did. You’re not.

I feel like we should be working for autism understanding.

I also have issues with the idea of autism awareness. I know it’s the first step, but I feel like we should be working for autism understanding. It doesn’t roll off the tongue quite as well, but that is what we should be working towards. I want people to understand. I need people to understand. It’s Yoshi’s only shot at a semi-normal life: the rest of the world has to know how (and be willing) to accommodate his differences.

Thinking about his future keeps me up at night.

I invite you to join me on my journey. It won’t be a chronological story of Yoshi’s life, but I’ll show you what it looks like to raise a child with special needs. I’ll get up on a soapbox or two – sorry about that – but I promise to share some Yoshi anecdotes, which are always entertaining. I would love to hear from you. What are your struggles? Where are you in your journey? What has helped or worked for you? Let’s do this together.

Welcome to Ice Cream and Autism