Maybe you didn’t notice that I only got one post out in December and only two in November. I noticed. I started a post a long time ago about how the first thing that disappears from your life when you have a special child is time. Maybe someday I’ll finish that one. When I have the time (haha!) which is something I’m lacking right now.

This post isn’t an analysis of the time squeeze in my life. It isn’t even about Yoshi. This post is about labeling the other child. Special children get labels, that’s just the way it is. People debate the pros and cons of labeling, the names change (special or exceptional, pick your pleasure) but it’s the way the game is played. 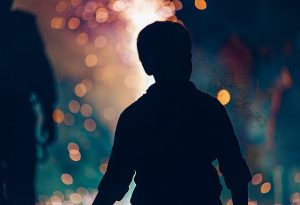 Siblings in families with special needs get labels of their own. In our house he’s the responsible one, the helpful one, the easy one. There are parents that are doing a good job juggling this life. I’m going to be honest here and let you decide for yourself which side of that line I fall on. I know how I feel about it (can you hear the guilt in my words?)

I have actually said the words, “He’s supposed to be my easy one.” Lately, I’ve said them a lot. The truth of the matter is that “the other one” has been dealt a tough hand. We expect a lot from him. He’s always had to be extra responsible, extra helpful, extra you-name-it. He had to grow up a little faster than his peers. He never got as much attention from his parents as his brother.

Life is unfair, we all know that. The other one gets to figure that out in a big way, as soon as a special sibling comes into the family. My easy one is easy. Despite the difficulties, despite how unfair it is, he has risen to the occasion. That’s not to say we don’t have our moments, but he is just a kid and he is shouldering a huge responsibility.

we should be absolutely focused on Big Brother right now, but Yoshi isn’t easy

Recently, my easy one decided to mix it up a little. Suddenly I’m carrying a huge, scary burden, just looking around with the words, “He’s supposed to be my easy one,” falling out my mouth. And it’s hard. Because we should be absolutely focused on Big Brother right now, but Yoshi isn’t easy.

When I was running around taking Yoshi from doctor to doctor, when I had my phone glued to my face, when it was all about Yoshi, Big Brother was practically an afterthought. Part of making appointments and arrangements for procedures included finding care for Big Brother, of course. But it was the simplest part. Big Brother could hang out with anyone. He didn’t need any sort of extra assistance. By three he could take care of himself.

Now I’m doing all of those things for Big Brother, and the stakes are high. We’ll be in the hospital for a week, in another city. He’ll be out of school for a month. Arrangements have to be made. Doctors need coordinating. My phone is glued to my face again.

I don’t get to find someone to keep Yoshi and brush it off. I won’t say that making arrangements for him is taking up half of my time and energy, but probably a third. I don’t just have to coordinate with Big Brother’s school, I have to talk to everyone at Yoshi’s school—from his teacher to the nurse, and all the faculty in between (the list is long.)

I don’t just have to debate finding a hotel for myself near the hospital (am I really going to leave the hospital at all?), I have to find the exact right person to come to the house to keep Yoshi. Then write down everything: his schedule down to the minute, what he eats for breakfast, lunch, and dinner, what he expects when he gets up, when he gets home, before bed, on and on and on.

It’s like that with everything. I can’t just stick Yoshi in the back of my mind. My easy one deserves my undivided attention right now. It’s his turn. Talk about unfair.

Is it fair that he’s not getting all of my attention? Absolutely not. Is it even worse that he is supposed to be my easy one? Absolutely. That suggests that he is somehow difficult now, and that almost makes it sound like it’s his fault. Which it’s not. Of course.

I told you that I would let you decide where I fall on the “Is She a Good Mom?” scale. I just want to make sure you are considering everything. I know where I fail. My breakdowns in Wal-Mart are by far and away not the worst thing I’ve ever done as a parent.

The worst part for me is that I can’t see any way out. I can definitely stop referring to Big Brother as my easy one (though part of me feels like he should wear it as a badge of pride). But I can’t throw away all of the attention I spend on Yoshi without failing in a different way.

I hope when this is done “my easy one” feels like his mom was devoted to him. I want to put him in our spotlight for once. (Let’s just skate past the part where I hope the surgery goes well, because it is going to go well…)