Skip to content
Posted on May 22, 2018Categories Autism, History

It’s the question of the age, isn’t it? There are pills to fix just about everything now. Why not autism? (tl;dr There aren’t any pills to fix autism.)

Long before I had kids of my own, I was already outspoken about how over medicated our children were. I vowed that I would not medicate my kids unless I was genuinely doing them a disservice by withholding medication. Oh, the innocence.

I had no intention of putting Yoshi on anything. There are no drugs for autism, just for pieces of ASD that resemble other disorders. It never entered my mind. But things are never that simple, are they?

I cannot offer you an opinion on your situation. All I can do is tell our story. 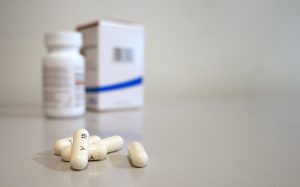 At Yoshi’s kindergarten conference, words were said that made me take pause. It sounded exactly like he had ADHD: he couldn’t focus, he was distracted, he wouldn’t sit still. Maybe I was doing him a disservice by not medicating him. His neurologist had been talking about medication for months (maybe a year?) and I had put him off. Now I had to consider it.

We did consider it. We spent the better part of a year trying out different medications until we found something that “helped” Yoshi without hurting him too much. We landed on an extended release stimulant.

As the years passed, circumstances in our lives changed, as they tend to do. Yoshi changed. We constantly changed his medicine. Not the kind, but the dose. We added a short-acting smaller dose in the afternoon (we called it a “booster”). We increased it. Again. We had a falling out with the neurologist and found a psychiatrist.

We added new medications to treat the side effects. Things just kept getting worse. We were increasing his medicine, but it was getting worse. Then we went in for his ten-year-old well check.

The pediatrician was very concerned. I was a wreck. Yoshi was a mess, but most alarmingly – he hadn’t grown. Not only had he not grown, he was on twice as much medication. It was a long visit.

Taking him off of his medicine became a priority. He hadn’t grown. Stimulants have a risk of inhibiting weight gain, but he dropped off of his height chart. Looking back at the pictures now, I am ashamed of myself. He looks emaciated. How did I let it get that bad?

Of course, it wasn’t easy. No one could agree on anything. The pediatrician wanted him off. The psychiatrist, while agreeing that stimulants had to go, wanted to switch. My husband and I were divided. We couldn’t even come up with a plan for weaning him off of the medicine that anyone could agree on.

There were arguments between the doctors, between me and my husband, between us and the doctors. There were pros and cons lists. Plans were made and abandoned for new ones. It was a stressful month because the one thing everyone could agree on was that no matter what we did, taking him off of his medicine would be absolute hell for Yoshi for at least six to nine months. 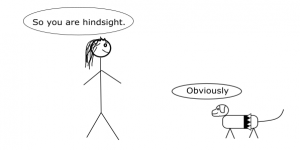 Through all of this we spent a lot of time in retrospection. Hindsight is a b!t@h, isn’t she?

Kindergarten is naturally less restrictive. Did things improve because we added medication or because he entered a collaborative first grade with more structure? Either way things started to come apart when we lost that structure in third grade. Was he distracted and unable to focus because he had too much freedom?

We responded by increasing his medication. At the time we were reasoning it away with the fact that he was growing and developing a tolerance (but he wasn’t.) Having too much medication was worse than not having enough. He didn’t need more medication. He needed a more structured classroom environment.

By the time we were in the pediatrician’s office finding out that he hadn’t grown he was so over stimulated that he had stopped sleeping, despite being heavily medicated for sleep. He was also on a large dose of anti-anxiety medication for anxiety brought on by high levels of stimulants.

I didn’t see what we were doing to our own son. I missed the real trigger and then just made the problem worse (and worse and worse and…)

I had to get him off. I made the unilateral decision to take him off all the stimulants. I created my own plan to wean him, drew it up and went to the pediatrician so that she could write the prescriptions that I would need to see it through. (She was on my side.)

When they say, “It will be hell,” you try to prepare yourself. People put a lot of emphasis on the word hell. The looks on their faces. The way they pull on your hands when they tell you that you are in for the worst experience of your life. We thought we were ready. We thought we knew what was coming.

Yoshi lost the most.

There is no preparing for this kind of hell. Nothing anyone says can prepare you for how bad it is to live through. I won’t even try*. It tore apart our entire family. Things are getting better now but I still feel like we are quietly limping from a battlefield, afraid to look over our shoulders in case it’s following us. We’re still very fragile.

The medication debate is a biggie. I know that medication absolutely has its place and I am by no means suggesting that anyone not use it on my advice. I just want to offer words of caution. There are medications that treat disorders that mimic parts of autism. Not autism.

We learned a lot through this disaster we called life. The learning environment can be as important as the material they are learning. Yoshi needed structure and a disciplined routine to succeed. We missed what was happening around us because medication can be the easy answer. It’s a decision that, I think, people enter into too lightly today.

Please just really think it through before taking that route. The doctors can only offer you medication as an answer. Be careful there. The schools want the fast and easy fix. Do what is best for your child. Find the people that are truly interested in your family’s best interests. You may have to look hard.

Don’t stop until you feel completely comfortable with what is happening. That pesky little voice in back of your mind is the one you should be listening to. Trust me. Mine was right and my family paid a serious price because I didn’t listen to it in the first place. Yoshi lost the most. What are your thoughts?

*Actually, I will. Next week.