The thing with Yoshi is that he hears everything, even when you think that he is not listening. It gets more interesting because he doesn’t forget anything. You would think that after ten years I would be more aware of these things. By now I should have learned to watch what I say, even if he seems engrossed in something.

It’s easy to forget this special talent of his. He just doesn’t seem to be paying attention so we end up having conversations that he can overhear—that he probably shouldn’t. 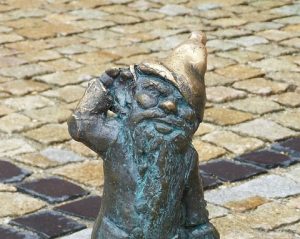 Sometimes it makes us laugh because he will interject his two cents into the conversation, which is almost always entertaining. Sometimes it gets annoying because he starts to ask a bunch of questions about things that he doesn’t need to understand. Sometimes it is cringe-worthy because he learned something that he shouldn’t have.

And yet, it still seems to take me by surprise every time. I smack my head because I forgot, again, that he doesn’t need to be paying attention to take it all in.

His junior kindergarten teacher was the first one to say something about it at a parent teacher conference. When he was that age, he still needed to be standing in a corner (facing the wall) most of the time. Ms. Dee said, with a mix of surprise and awe, that it doesn’t seem like he is listening, but he is taking it all in. He would answer the questions when they reviewed the material (in a quiet voice—usually—still with his nose in the corner.) I walked away from that conference, not surprised, wondering if it bothered her.

To this day, his teachers comment on it. Every time that I had a chance to chat with his social studies teacher this past year she brought it up. “He doesn’t seem to be listening, but he knows all the answers.” 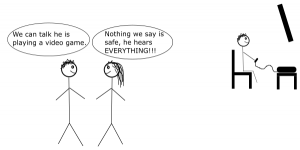 Twice this weekend he reminded us that we should not assume he isn’t paying attention. We were away at a swim meet for Big Brother, staying in a hotel. That mixed up our usual routine a little.

At breakfast one morning the hotel had the TV on and tuned to the news. My husband made a comment about the percentage of Americans that want to disband ICE. You should know that my family are the kind of people that read How to Lie with Statistics and we love to discuss this sort of stuff: whether or not it was an accurate representation. It, of course, was a slightly political conversation because we were discussing the current political climate of the nation.

We were quiet for a beat as we tried to figure out why he randomly shared that bit of information. My husband was the first to understand, “That’s not the kind of ice we’re talking about, buddy.” This is why I was explaining a government agency and its responsibilities to my son over breakfast.

Yoshi, who seemed to be intent on playing his video games in the back seat, said, “Failed, maybe?”

You know what? I didn’t ask you. But thanks for that. If our life was a sitcom, Yoshi would be the comic relief. And I love him that much more for it.